During the whole event of mass death of Melon-Headed Whales, MMCO members have been:

1.      The local whale experts on the Stranding Committee to the Mauritian authorities, and the media,

2.    The team leader for the pushback operation (with other NGOs  , NCG, Ministry of Fisheries and the local community) of the MHW outside the lagoon,

3.     Assisting as independent civil observers during the necropsy of the MHW

On August 26, 2020 in the Bambou Virieux region of south-eastern Mauritius the local population reported the presence of several dead cetaceans in the lagoon accompanied by a group of 150 to 200 other, live animals. 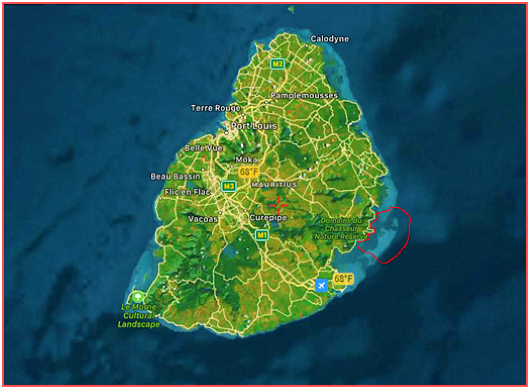 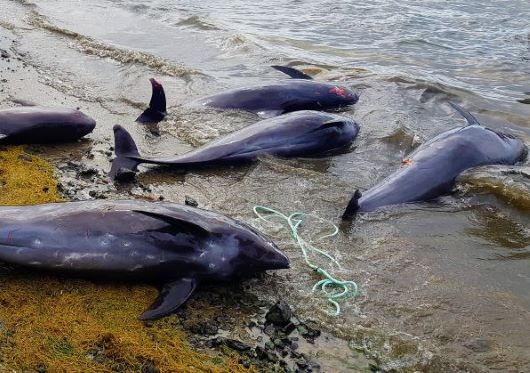 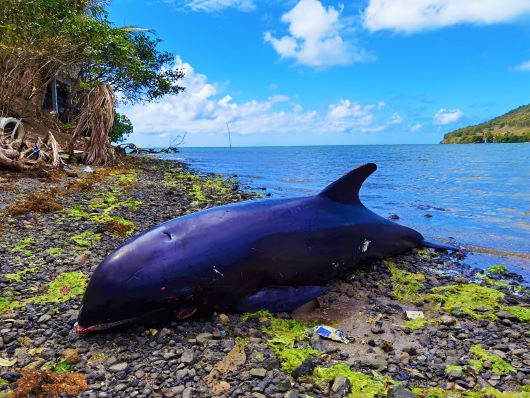 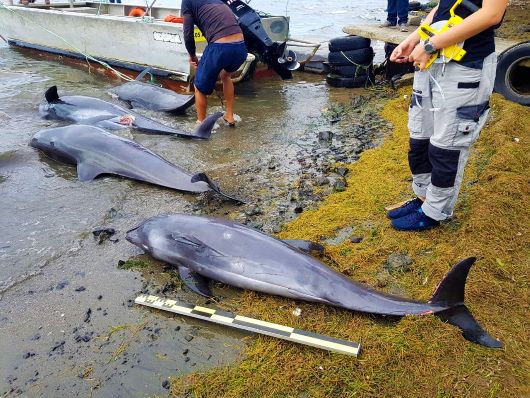 The MHW (Melon-headed Whale) is a tropical to subtropical pelagic delphinid distributed worldwide (Perrin 1976, Perryman et al. 1994), preferring deep, equatorial waters (Watkins et al. 1997). MHW are of the order of odontocete i.e. toothed whales but considered closer to orcas and pilot-whales than coastal dolphins. They are pelagic and live offshore but not far from the shelf and feed at great depths of 300 to more than 1,000 meters.

They occur in large pods averaging from 100 to200 animals but sometimes as many as over a 1,000 individuals are found together. They have a very tight social bond with their families and with the members of their pod. 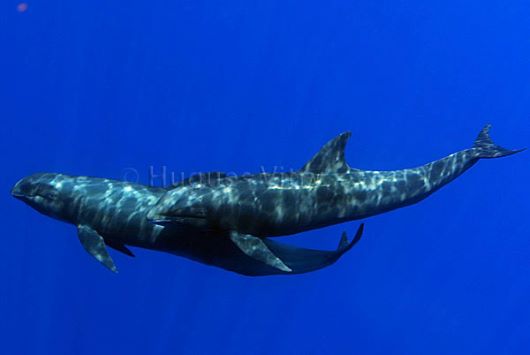 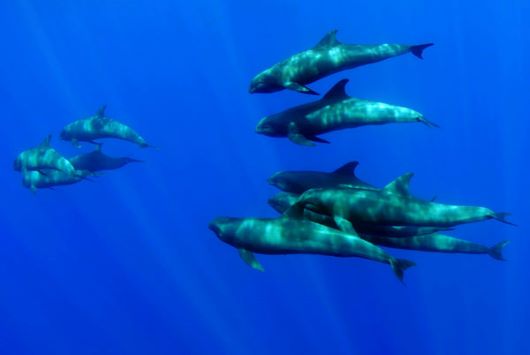 MHWs are known for regular mass stranding all over the world. This occurred twice in the recent past in Mauritius, in 1993 and 2005. Unfortunately there was no full research or history of these two incidents other than elementary reports in the Department of Fisheries archives.

On the very first day of August 26, 2020 18 bodies were recovered from the lagoon or washed up dead on the shore.

Several animals had serious muzzle injuries and some of them had severe jawbone fractures.

Some others were partially eaten by sharks.

PHOTOS OF ANIMALS WITH SHARKS' BITES NOT PUBLISHED 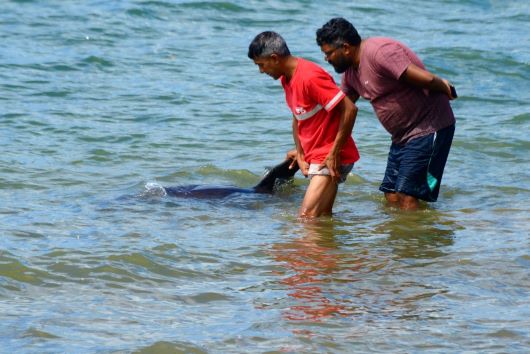 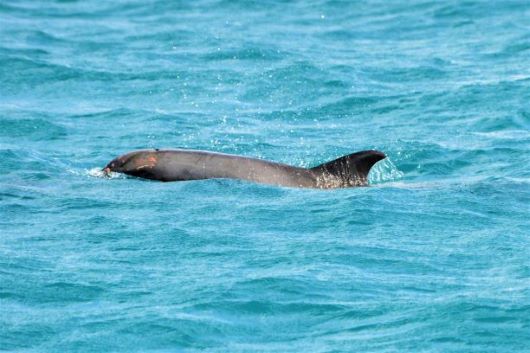 Some animals were found to be following their dead companions to the beach and were at risk of running aground. They were pushed back into the deep water by the local community.

Joint operations by MMCO and two other NGOs, the National Coast Guard and officers from the Department of Fisheries with the help of the local community were organized to push the pod of MHWs out of the lagoon so that they could return to their normal lives and feed themselves. The operation was conducted under the leadership of the MMCO and the Ministry of Fisheries. 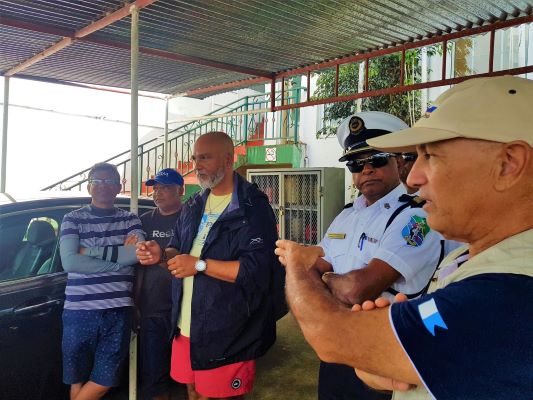 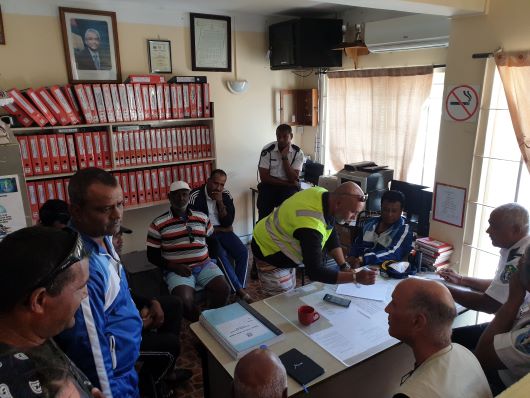 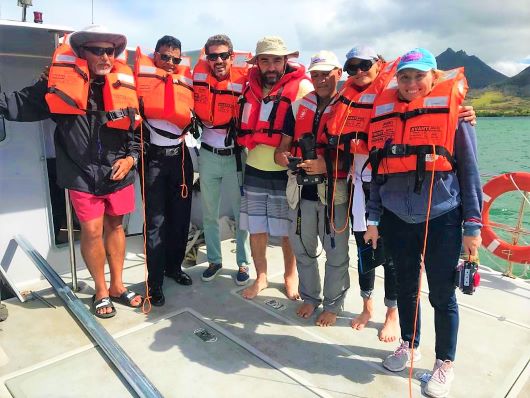 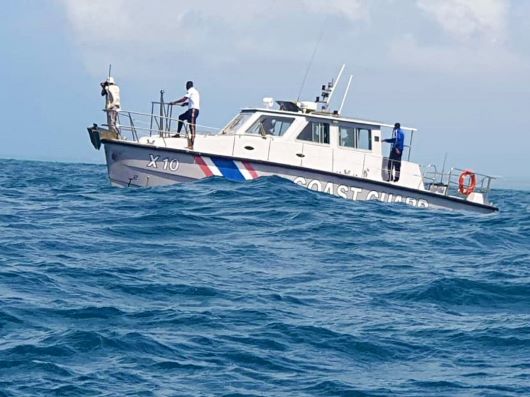 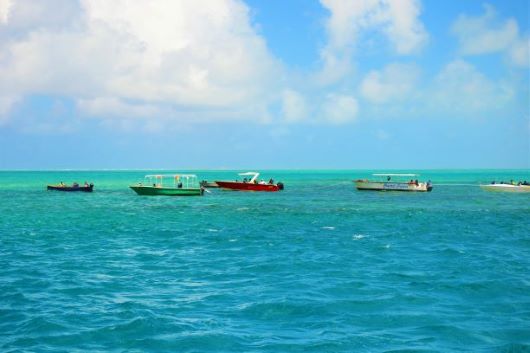 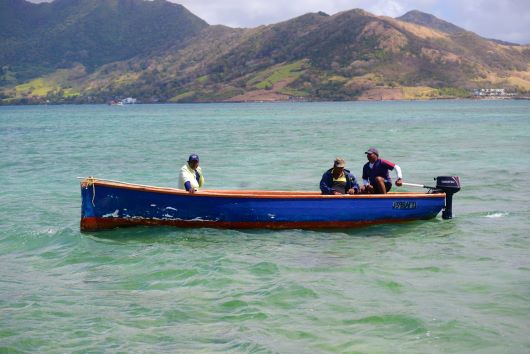 Thanks to these operations a group estimated at more than 120 animals was able to regain the high seas. About thirty of these animals decided to stay inside the lagoon and absolutely refuse to return to the open sea. 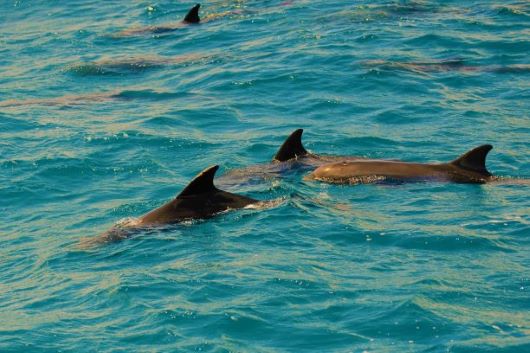 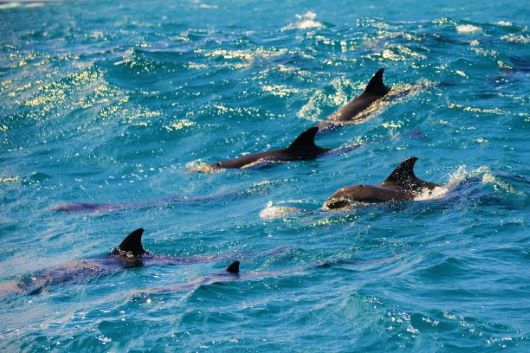 Members of the MMCO along with 2 other NGOs were accepted as observers during the necropsies.

The MMCO and the other 2 NGOs present who were observers at the necropsy, requested samples for independent testing abroad to try to confirm the cause or causes of these mass deaths.

To date, 16 September 2020, 52MHWhave been removed dead from the lagoon. Some were fresh and some in advanced state of decomposition. Others were partially devoured by sharks.

On the 26th August two animals, quite weak, were seen near Ile d'Ambre, further north on the east side of the island. They could regain the deep waters by themselves.

There were still approximately 20 to 30 MHW in the lagoon in the region of Pointe aux Feuilles to Bambous Virieux on this date.

All Photos and text except photo 3: Hugues Vitry and Lana Barteneva ( No use of these pictures or part of without written consent of the authors)

Special Thanks to all interveners for their outstanding participations in these operations.(NCG, MoF, FMM, A Drop of Blue, MSDA,MMCS, Dolswim, Blue water Diving Centre, Le chargé d'affaires Réunion, C.Nourault, All local community and private operators, and private participants ( I want to apologize if I forgot to mention somebody)

Thanks to the support brought by all our foreign interveners.